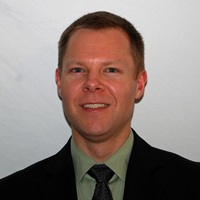 Scott is originally from Thomaston, Georgia, and moved to Atlanta in 1991 to attend undergraduate at Oglethorpe University. During college, he worked in the summers and on the weekends as an emergency room technician at Northside Hospital. After completing his bachelors of science in biology with a minor in psychology, he was accepted into Emory University’s Physician Assistant Program where he graduated with a Masters of Medical Science degree in 1997. Upon graduation he worked for 13 years at Eagle’s Landing Family Practice in McDonough, Georgia, followed by 4 years at Piedmont Physicians Group at Atlantic Station. He made the transition into Hematology/Oncology, joining Piedmont Cancer Institute, P.C., in November of 2015 and is very excited to be a part of the care team.

Scott has varied interests outside of work. He enjoys spending time with his spouse, running, hiking, playing the piano, reading and cooking. He has completed 3 half marathons in addition to a full marathon. He would one day like to participate in the Walt Disney World Marathon, running through all 4 parks, in addition to also one day returning back to Chattanooga, Tennessee, to finish training for a hang gliding license.