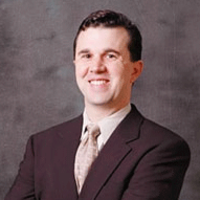 Dr. Mininberg has many interests. In 1990, he was an intern for Congressman John Myers of the Seventh District of Indiana. He also studied government at Oxford University in England in 1991. He did clinical research at the National Institute of Health in 1992. He currently remains actively involved in clinical research trials.

Dr. Mininberg joined PHOC in 2003. He is married to Dr. Amy Y. Mininberg, and has two children, Joshua and Emily. He loves to cook and has a large friendly Labrador retriever named “Duke”.