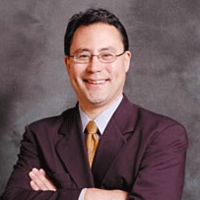 Dr. Bender is the recipient of numerous honors and awards. In 1987 and 1991 he received the State of Ohio Regents Scholarship for Undergraduate and Medical School. Before attending medical school, he served as a volunteer in the US Peace Corps in the Philippines. In 1991 he was a research fellow at the National Cancer Institute. He also received the Wittenberg University Achievement Award in 1991, the Amgen Fellowship Award in 1999 and the Rhone-Poulene Rorer Fellowship Grant in 1999 and 2000. He has numerous publications and abstracts in Hematology and Oncology. He is actively involved in clinical research trials.

Dr. Bender joined Peachtree Hematology-Oncology Consultants in 2001. He is married and has two children, Nicolas and Julia. He loves to spend time cooking for his family and friends. He is a fan of the Ohio State Buckeyes.