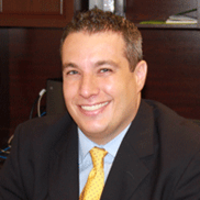 Dr. Feinstein is the recipient of numerous honors and awards. While in medical school, he received a medical school scholarship along with a research appointment in cardiology. During his residency, he was awarded the Thomas O’Toole Award for his outstanding work with the underserved populations. In addition, during his fellowship, Dr. Feinstein was awarded a Sanofi-Aventis Grant (2008), as well as the Amgen Fellowship Award during 2008. Dr. Feinstein has numerous publications and abstracts in Hematology and Oncology. He is actively involved in clinical research trials.

In 2009 through 2011, Dr. Feinstein was in private practice in the West Palm Beach, Florida area. He conducted Resident Hematology and Oncology Report at a local teaching hospital. He also facilitated several multidisciplinary tumor boards. He joined Peachtree Hematology–Oncology Consultants in 2011. Dr. Feinstein is married and has two boys. He enjoys exercise, traveling with his family and watching professional football, especially the Chicago Bears.