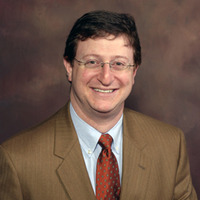 William S. Jonas, MD is the former President of the medical staff at Piedmont Hospital. He is a graduate of MCP Hahnemann School of Medicine in Philadelphia, where he was born and raised. He moved to Atlanta in 2000 for post-graduate work as an internal medicine resident at Emory University, where he received the Georgia Comprehensive Sickle Cell Center at Grady Health System award of appreciation for “diligence in service and compassionate care rendered to sickle cell patients.” Dr. Jonas continued his post-graduate studies at Emory University as a fellow in hematology/oncology. He is an Associate Member of the American Society of Clinical Oncology, an Associate Member of the American Society of Hematology and an Affiliate Member of the Georgia Society of Clinical Oncology. Dr. Jonas has also been published in several publications, book chapters, posters and abstracts.